Nitrogen gas is widely used in pharmaceuticals as it is a inert gas. Due to this property nitrogen saves the degradation of product.

At the time of product filling (like sterile, vitamin supplement) in which presence of oxygen degrades the product quality due to oxidation of some of ingredients. To protect the degradation oxygen replaced with nitrogen gas.

In pharmaceutical nitrogen usage fulfilled by either nitrogen gas cylinder or nitrogen producing/manufacturing plant has installed at site and qualify for a quality grade nitrogen production.

For Moisture & Oil presence in Nitrogen gas, a blotting paper used to check visually from plant out let and other user points by blowing the Nitrogen gas on to a Blotting paper.

Acceptance Criteria: Nitrogen gas from shall not have moisture and oil present in it. No stain of oil & Moisture to appeared on blotting paper when check visually.

Acceptance Criteria: Should pass sterility test after incubation for 14 days.

All microbiological study related precautions to be taken as: sampling shall be done by microbiologist, sampling container and using beaker or test tube shall be pre sterilized. 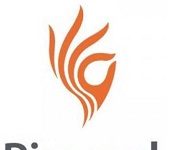