After a long-running row which has prompted a wave of strikes Health Secretary Jeremy Hunt said that Britain’s government will force junior doctors in England to accept a new contract.

‘Reforms to junior doctors’ contracts are necessary to ensure that the quality of care for patients is as high at weekends as it is during the week.’

The move came after the junior doctors, who provide a large part of the workforce in the state-run National Health Service (NHS), rejected a proposed package brokered between ministers and their trade union.

They have staged six strikes over pay and conditions during the dispute, which erupted late last year.

“Unfortunately because of the vote we are now left in a no-man’s land that, if it continues, can only damage the NHS,” Hunt told parliament.

He said a new contract had to be imposed to end “protracted uncertainty at precisely the time we grapple with the enormous consequences of leaving the EU”.

Junior doctors are medical graduates with years of experience but who have yet to complete their training. There are about 53,000 of them working in England’s NHS, many of whom work very long hours.

The government argues that reforms to junior doctors’ contracts are necessary to ensure that the quality of care for patients is as high at weekends as it is during the week.

While it has been shielded from government austerity cuts to public services, the NHS faces an increasing financial strain due to factors like rising treatment costs and an ageing population. 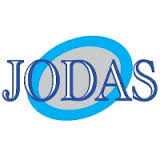