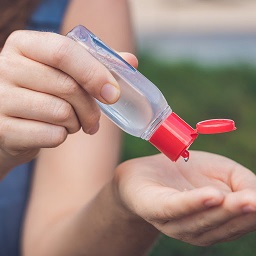 What is Hand Sanitizer ?

Hand sanitizer is a liquid gel, or form generally used to decrease infections agents on the hands. in most setting hand washing with soap and water is generally preferred. Hand sanitizer is less effective at killing certain kind of germs, such as norovirus and clostridium difficile and unlike soap and water, it cannot remove harmful chemicals. people may incorrectly wipe off hand sanitizer before it has dried, and some are less effective because their alcohol concentrations are too low.

How it work to clean Hand ?

The key ingredient in most hand sanitizers is alcohol. Chemically speaking, alcohols are organic molecules made of carbon, oxygen and hydrogen. Ethanol is the chemical in alcoholic drinks and is the chemical most people are thinking of when they say alcohol. Propanol and isopropanol (isopropyl alcohol) are two other alcohols that are common in disinfectants because they’re highly soluble in water, just like ethanol.

Alcohols destroy disease-causing agents, or pathogens, by breaking apart proteins, splitting cells into pieces or messing with a cell’s metabolism, according to a 2014 review published in the journal Clinical Microbiology Reviews. Solutions with as little as 30% alcohol have some pathogen-killing ability, and the effectiveness increases with increasing alcohol concentration. Studies have shown that alcohol kills a more broad variety of bacteria and viruses when the concentration exceeds 60%, and it works faster as the concentration increases. But the effectiveness of alcohol seems to top out at about a 90-95% concentration.

Another strength of alcohol is that the bacteria it kills don’t develop a resistance to it, so alcohol doesn’t lose effectiveness with continued use.

According to the 2014 review, ethanol is so powerful that a few studies have found that in high concentrations, it’s better at getting rid of three species of disease-causing bacteria — Escherichia coli, Serratia marcescens and Staphylococcus saprophyticus — compared with washing hands with regular or antibacterial soap.

Alcohol is a shelf-stable chemical according to its safety data sheet from chemical-supplier Sigma Aldrich. This means that if alcohol is kept in a sealed container at room temperature it will remain at the same concentration for a very, very long time.

However, alcohol evaporates easily because of its relatively low boiling point, and over time, as the bottle is opened and closed, some alcohol may escape and the concentration of alcohol in your hand sanitizer might start to decrease. Still, if you keep the bottle closed and at room temperature, you’re likely to have an effective product for as long you need it. 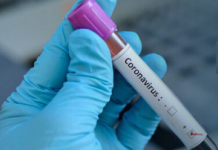 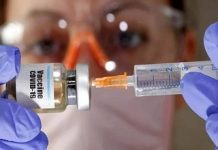 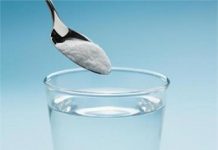